Keewi and I had one more day together in Vienna, which apparently was not photograph-worthy (we may have spent it watching Nip/Tuck episodes, actually; the friend I'm subletting from has five seasons of Nip/Tuck on DVD, and it has proved an adequate way to pass the time when it's too cold or foul to want to go outside).  Then she flew out very early the next morning.

And now I am in a post-Keewi world.  Here's what it looks like: 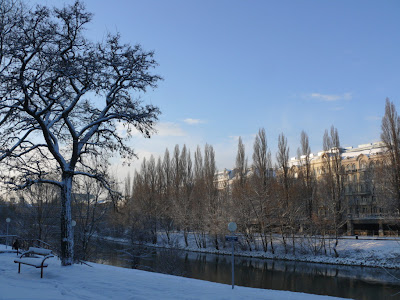 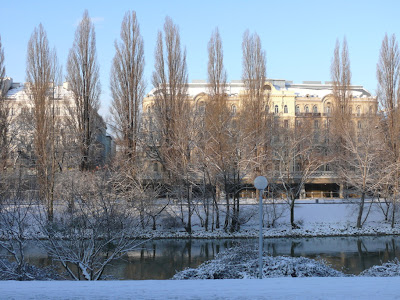 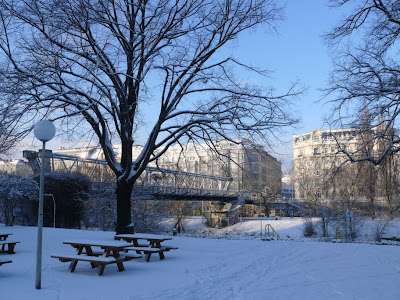 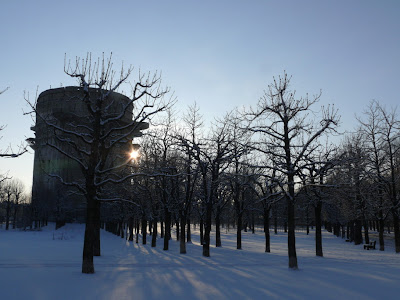 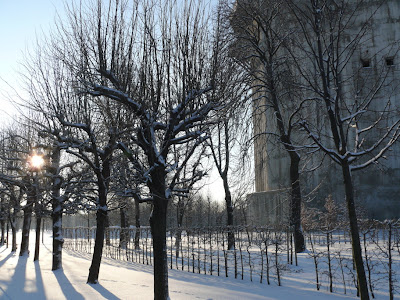 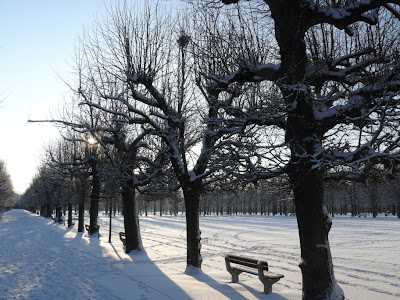 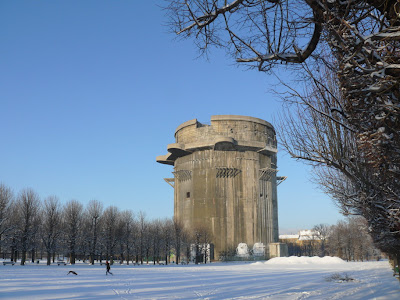 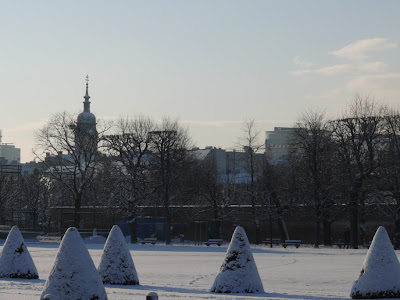 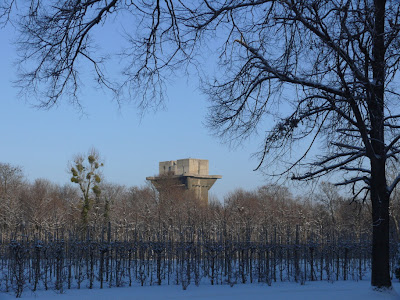 That's right: stark, bleak, cold and heartless, empty and cruel and barren.  Seriously, where was everybody that morning??  The later photos are in Augarten, a park near where I live that's populated by old WWII-era flak towers for shooting down Allied bombers.  It's a thought-provoking place.  I wrote a little haiku, after an earlier meditative walk in Augarten:

I think it's my favorite place in Vienna; I like very much that they haven't torn down the flak towers, although I hear that that isn't due to a lack of desire to do so; they just can't figure out a safe way to demolish them, because they're so huge.  So I'm told.
Posted by Ben Haller at 11:17 AM