We had a late lunch after leaving the castle, at U zlate hrusky, a restaurant I had popped into for a drink and a snack during the summer, but hadn't eaten at properly.  We had very good traditional Czech dishes (Keewi photos): 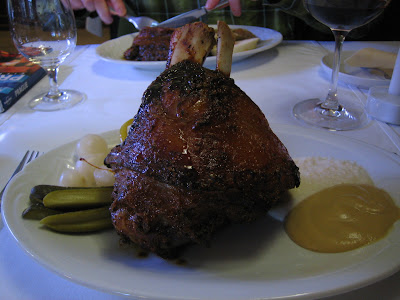 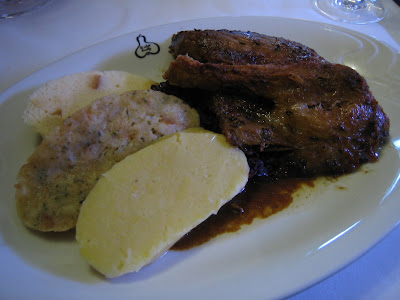 Keewi's is a pork knee or some such, with horseradish, mustard, pickles, and pickled onions.  Mine is roast duck with slices of three different kinds of dumplings.  Both were really great, and not even particularly expensive.

Then as evening fell (at, like, 4 PM; short winter days) we found our way to Strahov Monastery, founded in 1142, home of the Strahov Library: 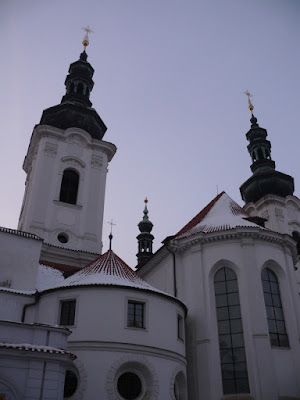 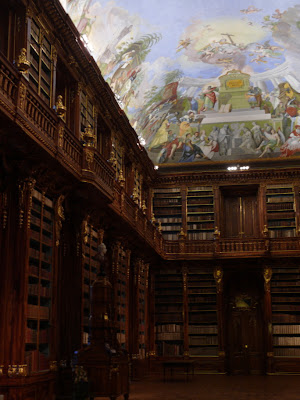 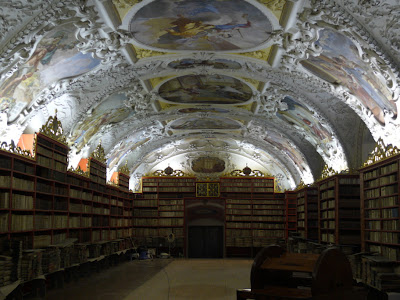 Those photos are terrible, but it was really quite a beautiful place.  Absolutely ancient books, in these wonderful halls.  They had a bunch of illustrated manuscripts on display, and since I love this sort of thing, here they are: 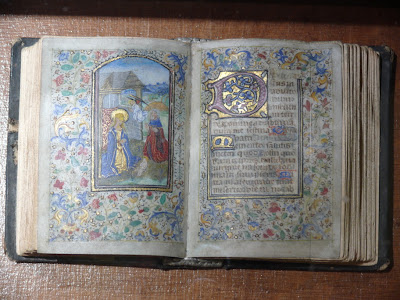 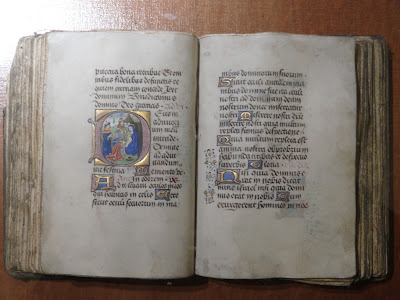 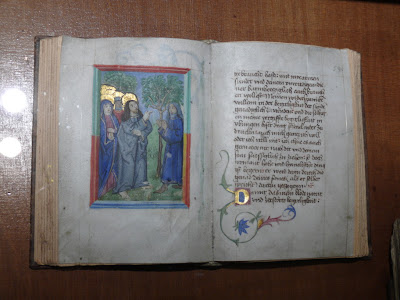 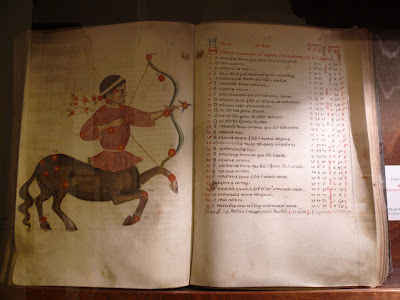 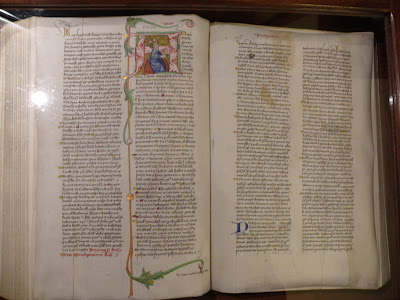 I'm not religious, but I suspect that if I had been born in the middle ages, I would have become a monk doing calligraphy and manuscript illumination.  Just wonderful.

We finished off the evening at Klasterni Pivovar Strahov, the monastery brewery: 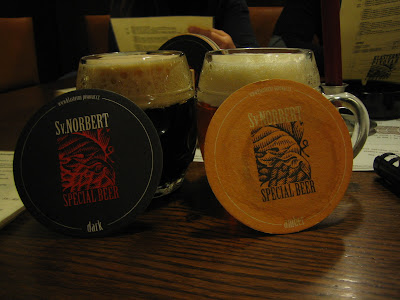 Not sure whether it's really associated with the monastery or if it's just clever marketing, but this is a really great place.  I went to it during the summer, and it was on my short list of places I had to go back to.  A great selection of different kinds of beers, including a fantastic dark beer, the St. Norbert dark.  They have good food, too, but since we had just eaten at U zlate hrusky, we stuck to the beer.  Well, except for a piece of cheesecake.

By the way, also on my short list for Prague: a restaurant called U male velryby.  We ate a great meal there, even better than the one I had in summer.

And then I turned into a pumpkin; the cold that I had on New Year's Eve was still with me, sadly.  Home to bed.
Posted by Ben Haller at 9:18 AM