Bop till you drop.  Another couple of days in Vienna with Keewi, starting out with some art deco buildings downtown near Naschtmarkt (all Keewi's photos this post): 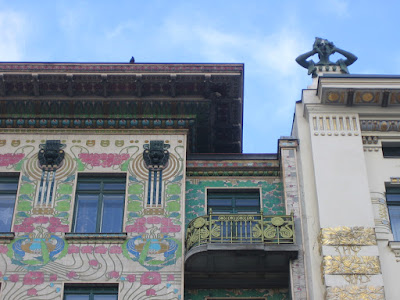 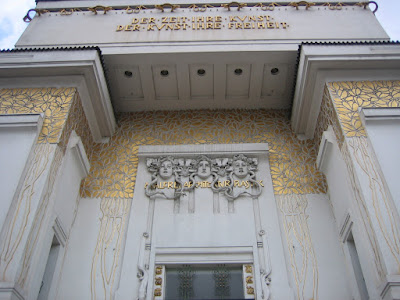 I think this is the day we went to the Hofburg, but I seem to have only a photo of a post horn as a record of that: 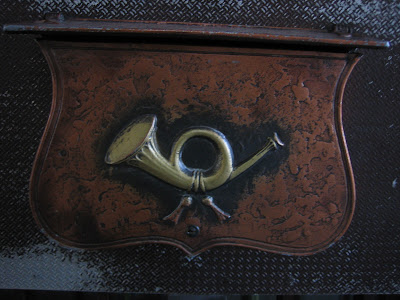 And then we went to the Mecca of desserts in Vienna, Demel: 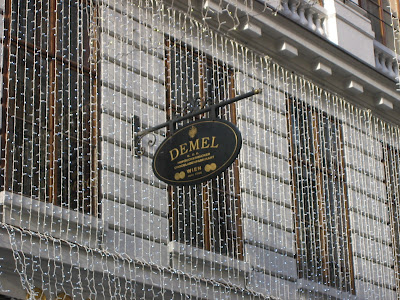 Let's take a little tour of their dessert selection, shall we?  These photos are essentially non-overlapping, they have a huge selection: 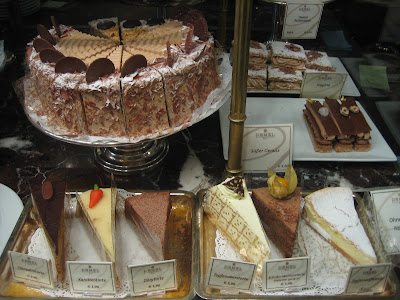 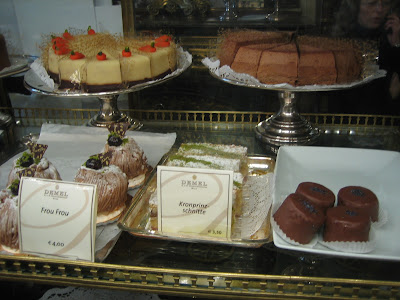 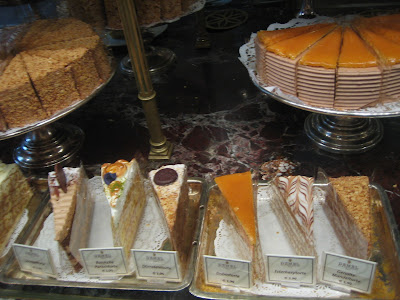 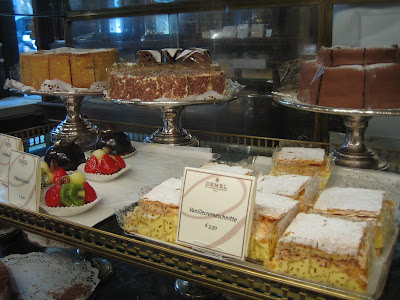 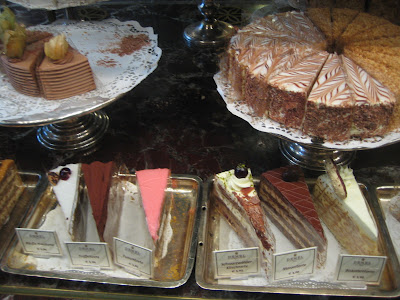 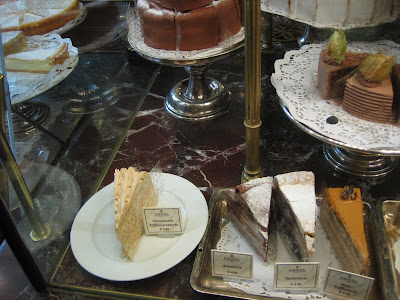 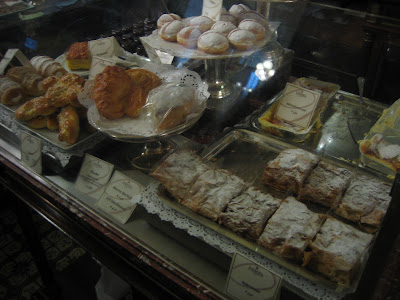 We got four things to go, and they were all fabulous.  Worth a pilgrimage, and I'm not even a dessert person, normally.

And then another dinner with friends, just before leaving for Prague: 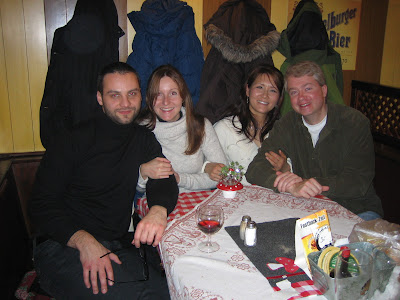 This was at a little neighborhood restaurant, Gasthaus Kopp, with really good traditional Austrian food, a surprising amount of which was not breaded and deep-fried.

A funny thing about Austria: they are apparently required to have separate smoking and non-smoking areas in restaurants, but they are either unclear on the concept, or in protest of the concept, I'm not sure which.  This place was relatively good, with the smoking area separated by a swinging door that was only sometimes propped open for the convenience of the wait staff.  I've been to other places where the two are technically different rooms, but with only a double-wide, doorless archway separating them, and of course the two rooms end up almost equally smoky.  Sigh.  People smoke a huge amount here.  Sometimes I'll step into an empty elevator, and the residual smoke in it will cause me to about-face and take the stairs instead; sometimes I'll have to change cars on the subway to get away from someone particularly reeking.  California, I miss you.
Posted by Ben Haller at 7:51 AM