The next day, the 26th, we went to a spot I never managed to get to during my summer in Vienna: Schönbrunn Palace.  Like the schloss in Laxenburg that I've been working at, Schönbrunn was a summer palace for the Habsburgs, but Schönbrunn is much fancier.  We started out walking around the gardens surrounding the palace; it was a viciously cold winter day, and I'm sure the gardens are much prettier in summer, but here are a few photos nevertheless: 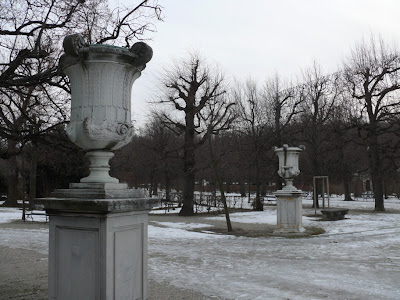 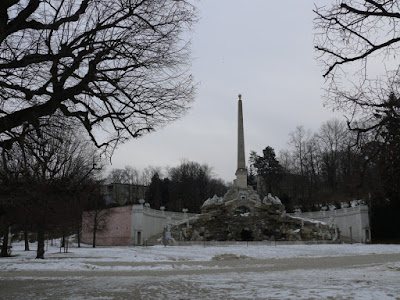 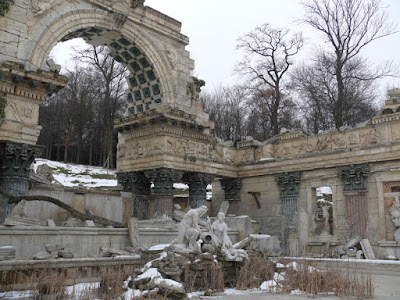 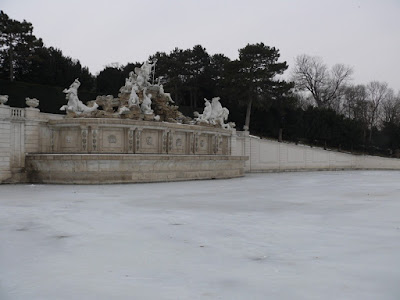 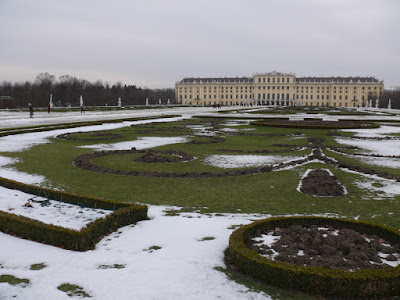 The third of those five photos is of a fake Roman ruins they had constructed in the garden, to lend atmosphere.  Nothing like the aristocracy, eh?  Can't imagine why we ever got rid of them.

The interior of the palace is ornate beyond belief.  I wasn't supposed to be photographing, so these are surreptitious grab shots: 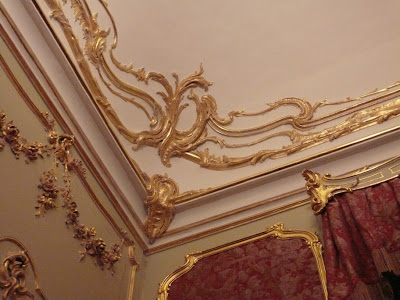 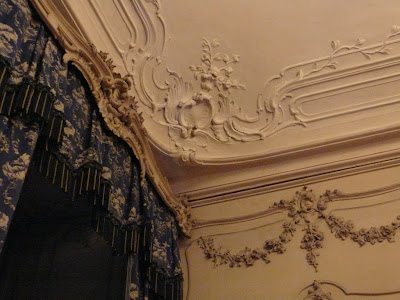 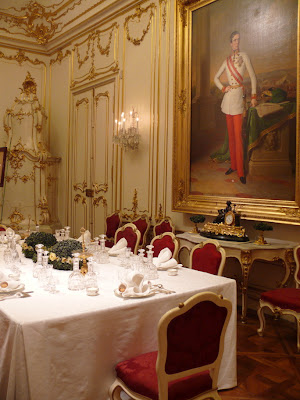 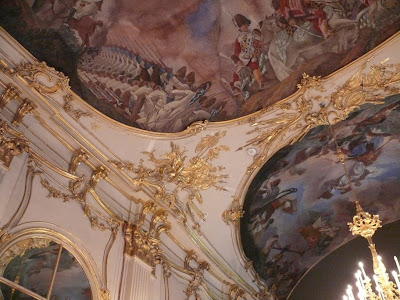 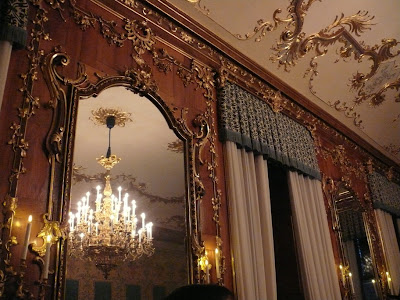 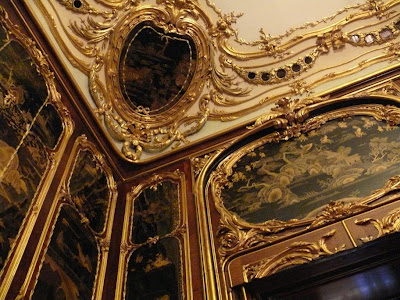 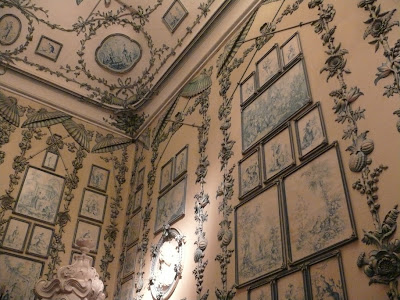 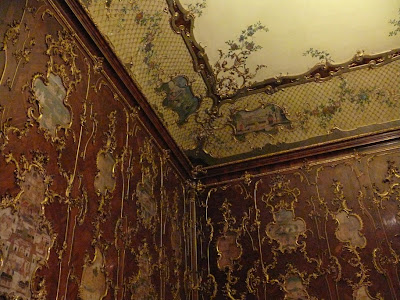 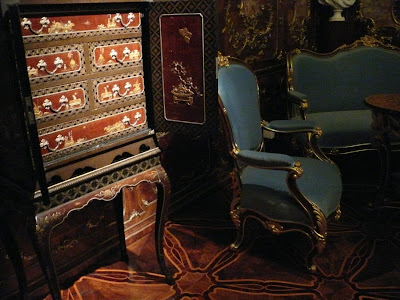 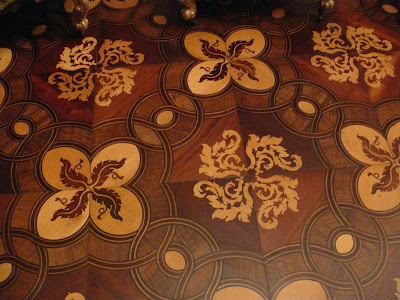 The cabinet on the left in the next-to-last shot belonged to Marie Antoinette, who was one of the daughters of Maria Theresa.  Mostly the decor was simply over the top, but I have to admit, I wouldn't mind having that inlaid wood floor in my apartment.  :->

There was a Christmas market outside the palace that had a particularly wide assortment of food; we tried maybe five different things, of varying degrees of yumminess.  I thought Keewi had taken photos of all that, but I can't locate them, so I will just leave you with a picture of Schönbrunn at night, as we stumbled back to the U-Bahn, cold but happy: 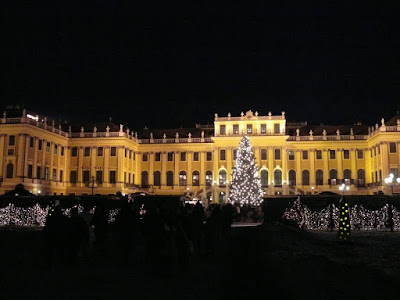