On Christmas Day we plunged headlong into Vienna.  Here's Keewi at Steffl (the Viennese nickname for Stephansdom), with the Christmas tree there: 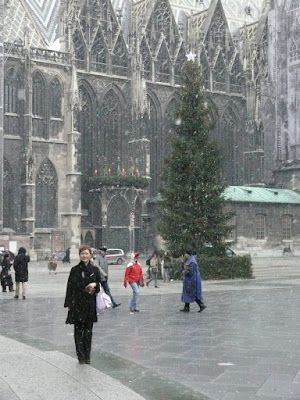 We had a nice brunch at a restaurant called Palmenhaus, in an old converted greenhouse that probably used to be an orangery for the royals or some such (it is right next to the Hofburg palace): 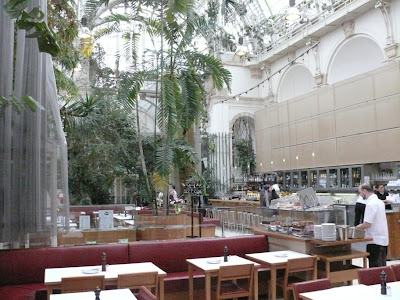 Really a beautiful place.  Keewi took photos of the food, which was a bit fussy and only pretty good: 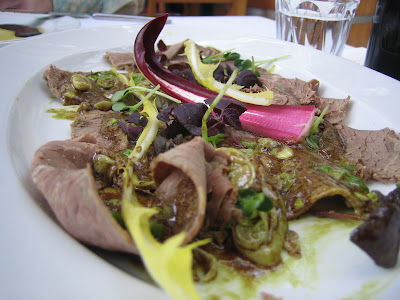 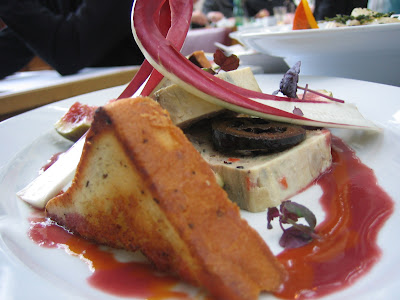 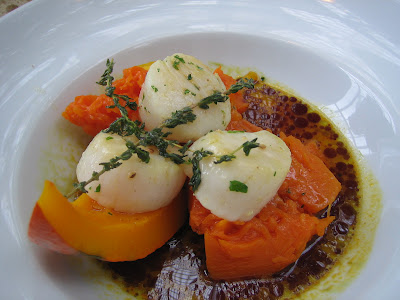 However, the dessert was phenomenal (still Keewi photos): 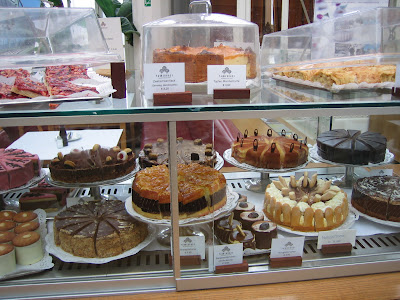 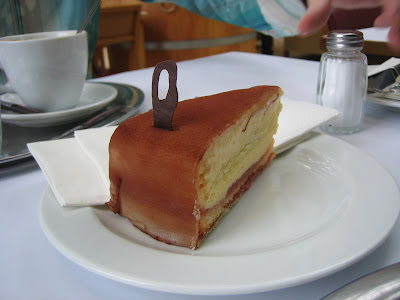 That's their house dessert, called Palmentorte if I recall correctly; a bit like tiramisu but cakier.  Absolutely heavenly, one of the yummiest desserts I think I've ever had.  We also got a chocolate mousse sort of thing with maybe gooseberries around it, and a hot drink with coffee, Baileys, Kahlua, etc. in it.  Do I look like I'm having fun? 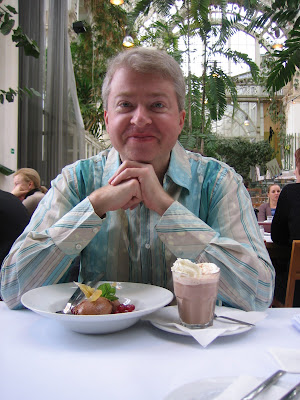 So, Palmenhaus summary: skip the food and go straight to dessert.

A bit of wandering, during which I discovered a statue of one of my heroes: 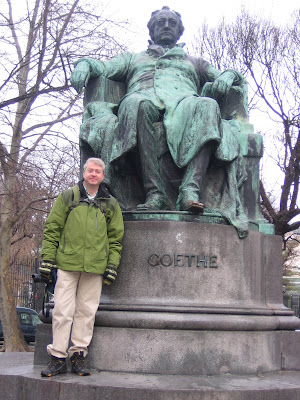 Here's Keewi next to the famous statue of Mozart, with her trademarked "it's really really cold and I am barely tolerating you taking this photograph of me" expression: 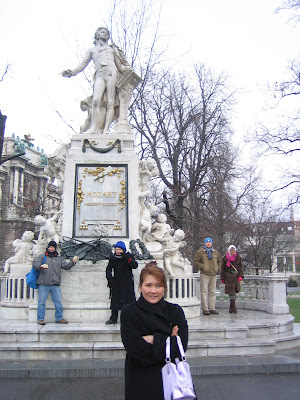 Then we walked over to the Vienna opera house (Wiener Staatsoper) to see a ballet, Die Fledermaus (music by Johann Strauss II).  It started off a bit boring, but the second half or so was really wonderful.  I didn't take photos during the performance, of course, but the opera house itself is quite a remarkable building: 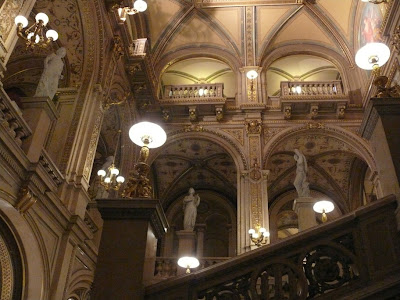 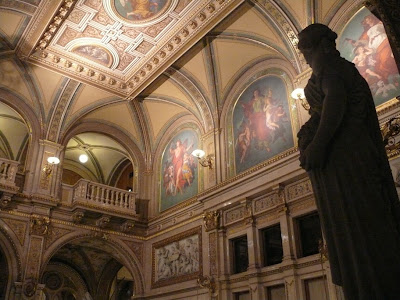 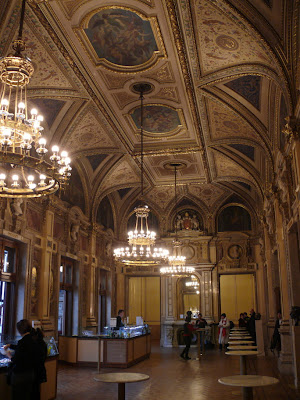 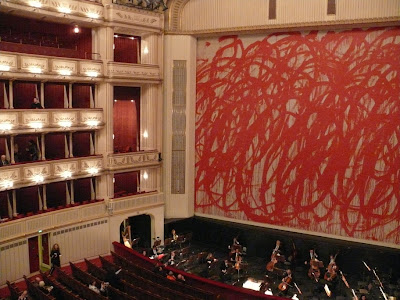 That last is the stage, with a curtain by Cy Twombly that seemed more than a bit out of place in the ornate, baroque surroundings.

Possibly the best thing about this ballet performance was the little girl in the seat directly in front of us, perhaps five years old, who was clearly obsessed with ballerinas and completely over the moon.  She would lift her arms in the air and dance in her chair, while her parents embarrassedly tried to calm her down.  Wonderful.  Eventually we convinced them that we didn't mind, and they relaxed.  She loved Keewi, and insisted on borrowing her father's camera to photograph her.  When I tried to be in the photos too, the little girl got very grumpy, glaring at me filled with suspicion.

All in all, a perfect Christmas!
Posted by Ben Haller at 5:32 AM