Friedensreich Hundertwasser was a Viennese artist and architect.  He's quite famous here, and he designed several buildings in Vienna.  One day Keewi and I decided to do a little Hunderwasser tour.  It was started by seeing the power plant he designed at Spittelau, near where I am living in Vienna: 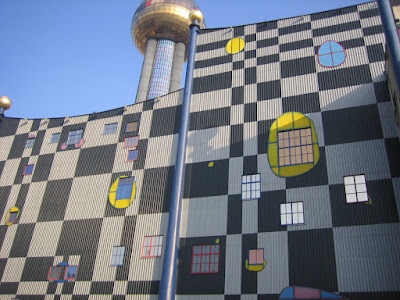 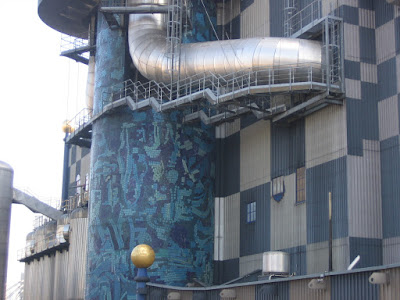 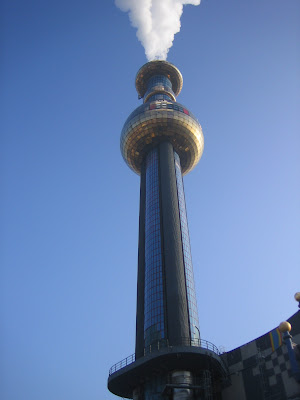 Not the most beautiful building in the world, but for a power plant, it ain't bad.  I showed Keewi that because we happened to be going by it anyhow, en route to somewhere else, but she liked it a lot, and so we went to see his other local buildings.  First is the Hundertwasser Museum, KunstHausWien: 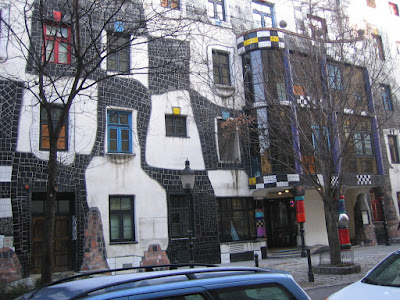 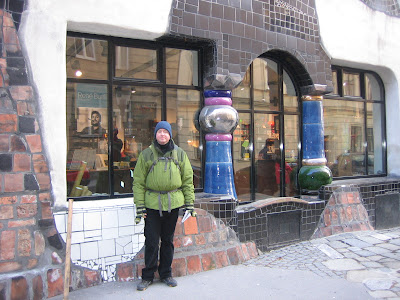 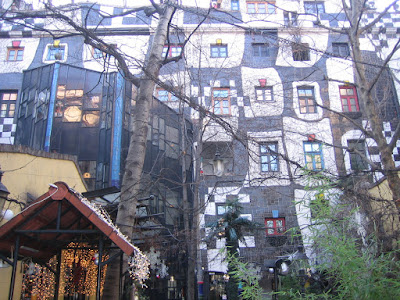 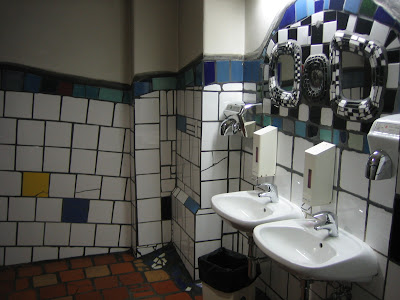 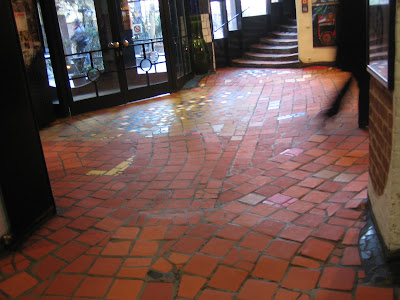 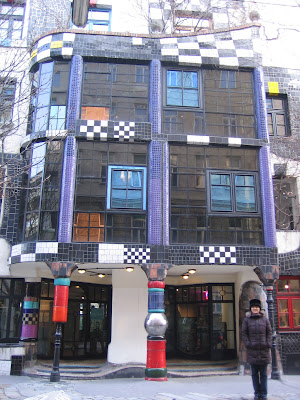 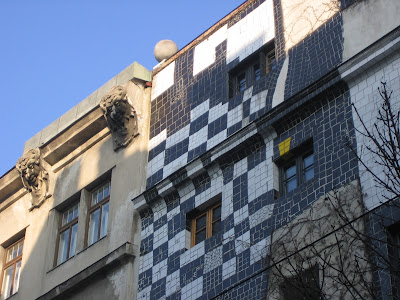 It has a cafe and bathrooms that are all Hunderwasser-ified as well.  And you can kind of see one of his signature elements: organically uneven floors ("an uneven floor is a divine melody to the feet").  Quite playful and fun.  Then on to Hundertwasserhaus, an apartment building: 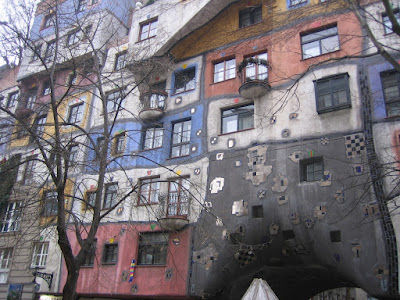 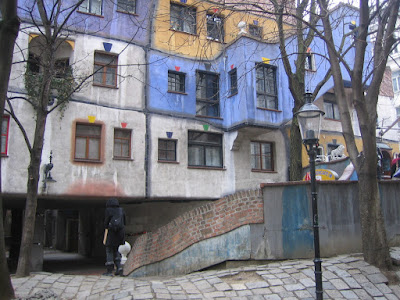 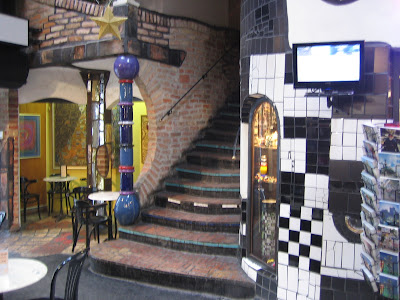 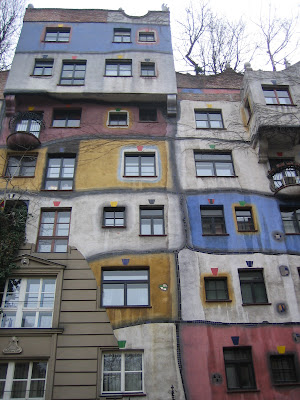 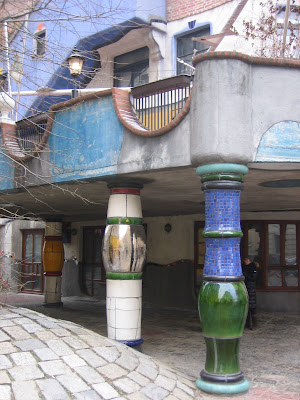 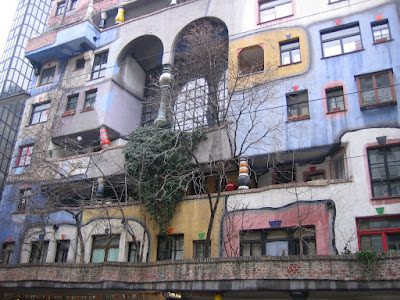 That was a bit depressing.  In contrast to the museum, the HundertwasserHaus was badly in needing of fresh paint and maintenance, and appeared to be run for maximal gouging of tourists (courtesy of the gift shop across the street, also designed by Hundertwasser), with no respect for the actual value of the building.  As I understand it, it was constructed as affordable public housing, and Hundertwasser designed it for free to, as he said, prevent something ugly from being built instead.  Sadly, I'm not sure he succeeded, despite his noble efforts.

But that isn't his fault, and I still like his architecture.  Often compared to Gaudi, for obvious reasons, but quite different and unique.  I'd enjoy going to see some of his other buildings, most of which are in Austria and Germany, but there are exceptions, such as a winery in Napa that I don't think I ever visited!

I also saw some paintings by Hundertwasser at a small museum that I went to several weeks later, but you won't get to see photos of those.  They were immediately obvious as works by him, even though I had only seen his buildings before then, never his paintings, which is kind of interesting.  The aesthetics transcend the medium, I guess.
Posted by Ben Haller at 7:00 AM