So actually, before taking the train back to Vienna yesterday, Markus and I went into Munich again, since my train left from there.  The fountain at Karlsplatz was going that morning (it had been shut off the other day we were there): 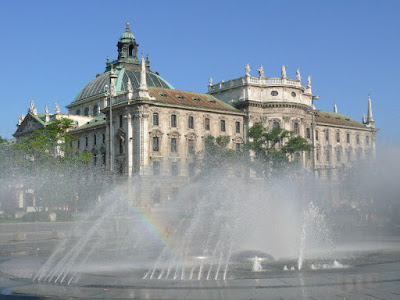 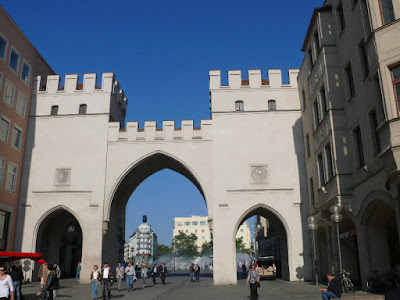 We had another traditional Bavarian breakfast, at a different place than the previous one: 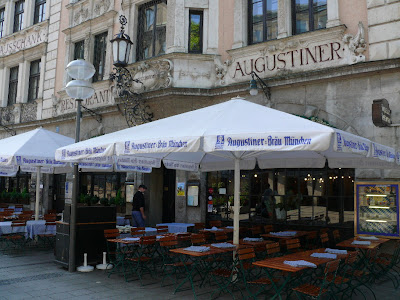 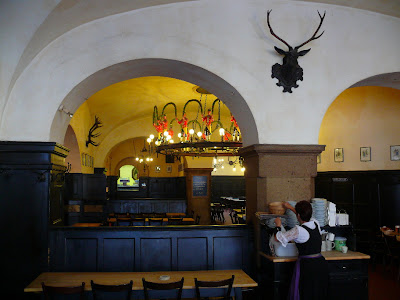 The variety was nice, but the previous breakfast spot had been better; the pretzel chewier, the beer fruitier.  Still, sore from the hike the previous day, this breakfast hit the spot.  We went briefly into the Women's Church, which had been closed for services the other day: 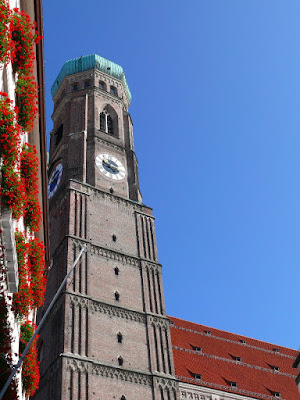 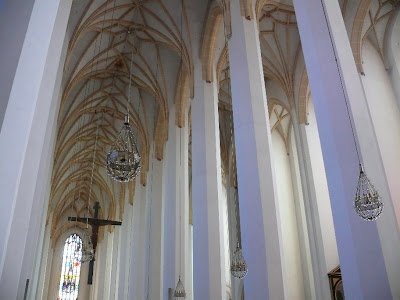 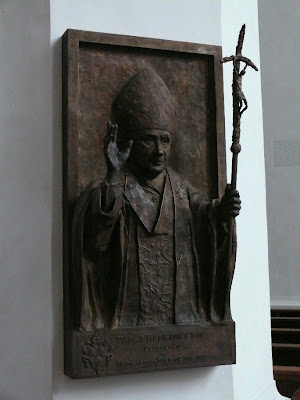 That's the pope, Benedict XVI, then Joseph Ratzinger.  Back in the day, he was Archbishop of Munich and Friesling, and so they have this statue of him in the church there.  This was the scene where the recent scandal originated, regarding Ratzinger perhaps looking the other way, or at least failing to exercise due diligence, as a known pedophile priest was reassigned to pastoral duties and recommenced abusing children.  That was very much in my mind as I gazed upon this statue.  Anyhow, apart from that stain it's a nice church, with a very simple, clean interior that emphasizes the immensely tall ceiling.

Finally, we popped inside the new Town Hall to see the interior courtyard, which I guess we had overlooked the other day in Munich: 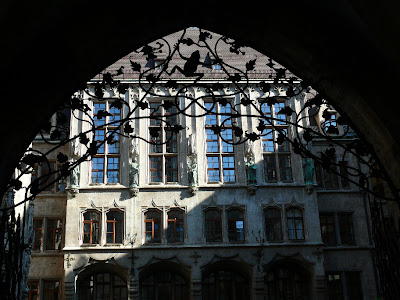 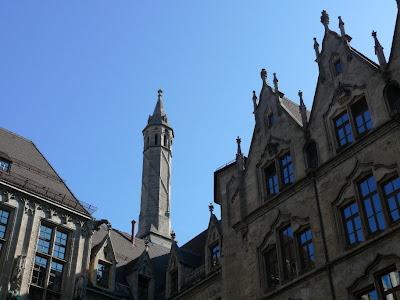 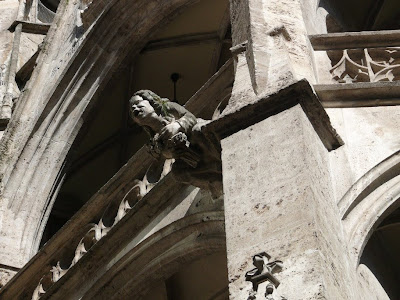 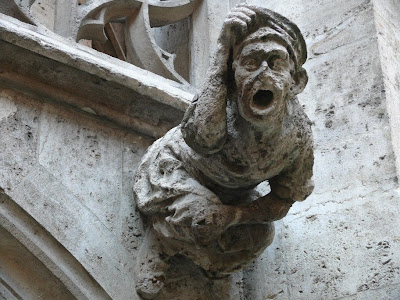 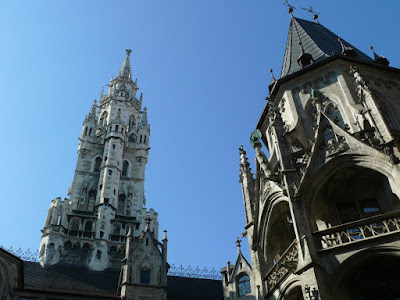 Really quite a building.  We were puzzled by one detail: 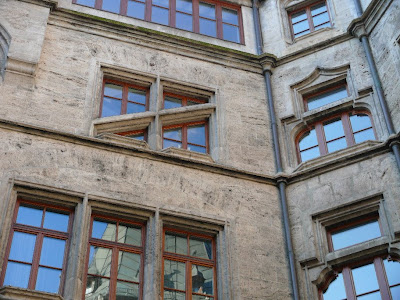 There was just one window, out of the hundreds of windows looking out into the central courtyard, that had a diagonal crossbar of stone through it.  Why?  Architect's whim?  Symbolism or some sort?  I have no idea.  Anybody know?

Anyhow,then I caught my train and had an uneventful, and not particularly scenic, ride back to Vienna.  Now it's the next morning, and I'm too sore to move, but I will have to find lunch soon.  Tomorrow morning I fly back to Montreal.  I can't wait!  Kamja!
Posted by Ben Haller at 2:49 AM