The next morning I paid my admission and wandered around inside Stift Melk for an hour or so.  It's quite a big place, but most of it is off limits to tourists; I think it is still a working monastery, but if so, the monks kept to themselves while I was there.  Here are some photos from my initial exploration: 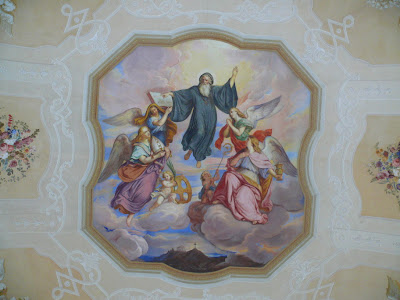 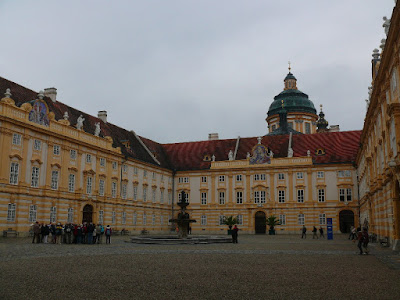 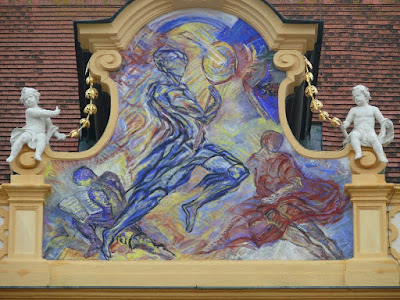 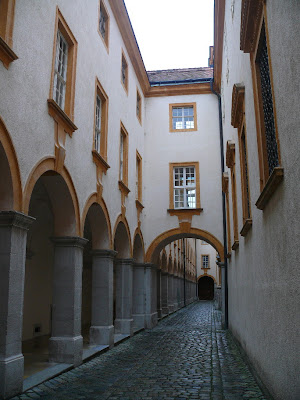 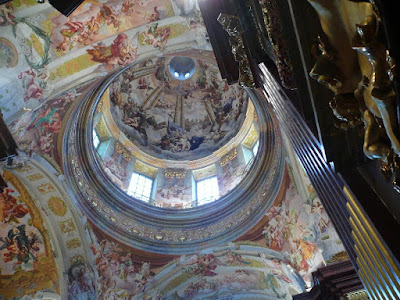 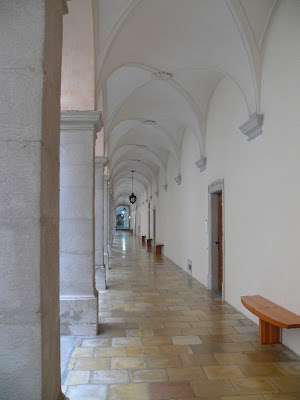 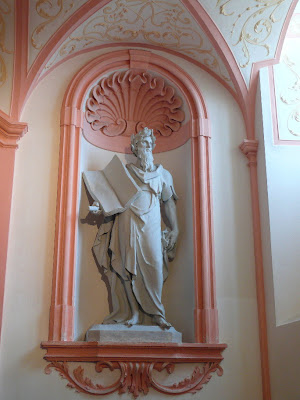 The third of those photos above illustrates that the monastery is not afraid of a little modern influence, but I was not nevertheless unprepared for the museum section of the Stift: 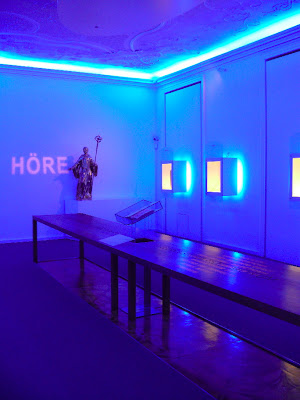 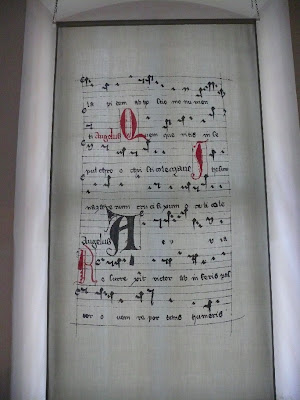 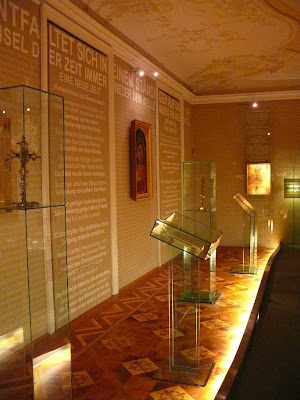 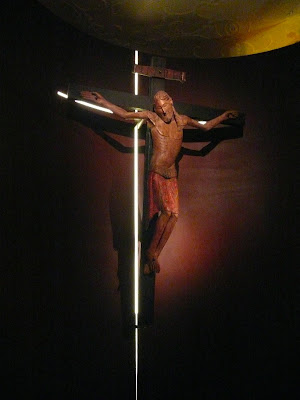 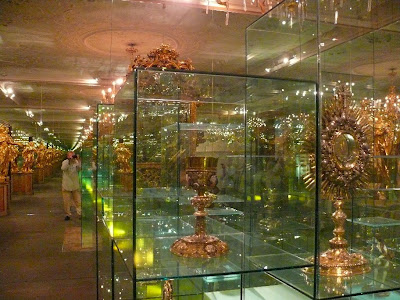 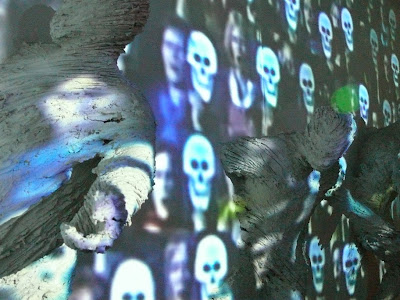 That last photo is of a video installation that had all kinds of trippy imagery projected across the plaster busts that projected out of the museum's wall.  This place was founded in 1089, but clearly they don't intend to be left behind in the 21st century.  Some more nice details, from after the museum section: 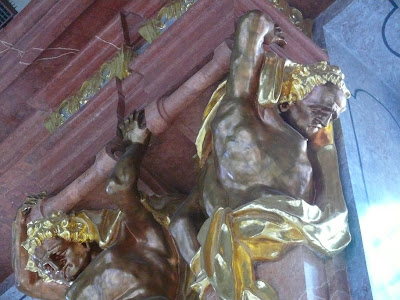 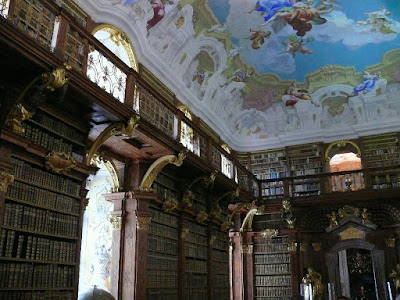 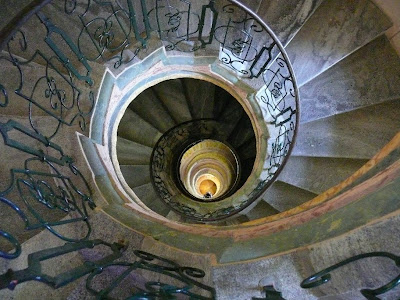 If you look closely at that last photo, you'll see me reflected in a mirror installed at the bottom of the spiral staircase.  Crazy monks!  Now into the church inside the monastery (which I showed a glimpse of at the beginning, from a side entrance): 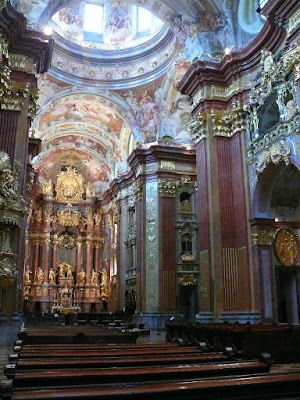 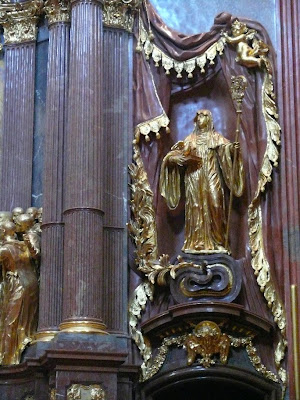 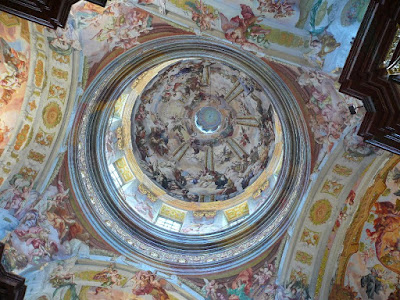 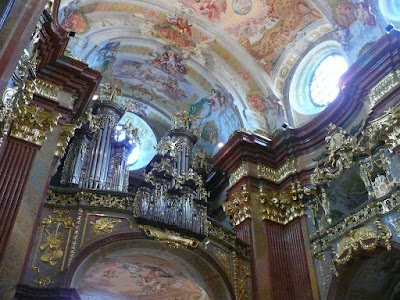 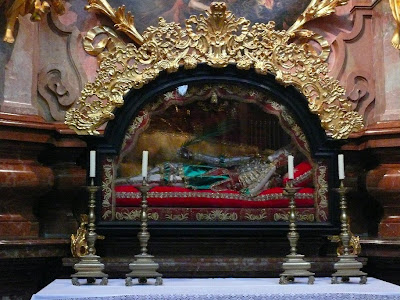 A small placard declared that this is a "catacomb saint," donated to the monastery in 1722 by the Viennese nuncio at the time, Cardinal Crivelli.  The identity of the saint is not known; upon donation he was given the name "Clemens," according to the placard.  So to review: basically Crivelli said, "Hey, 'nuff respect to you all down in Melk: I wanna give a shout out to you, so here's a dead body I've got lying around.  Not sure who it was.  Let's call him 'Clemens' and put him in your church."  And the monks in Melk said "Cool, we're down.  We'll put him on display in a glass case.  Got any green satin we can dress him up in?"

Yeah.  OK, enough making fun of monks.  Here's a view of Melk from the Stift: 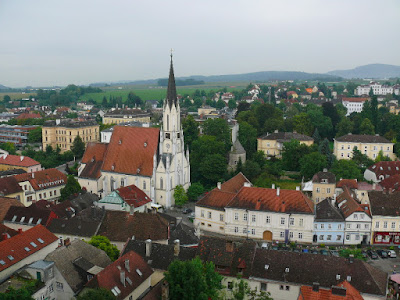 The monastery has a pretty big garden attached to it that I walked in for a bit: 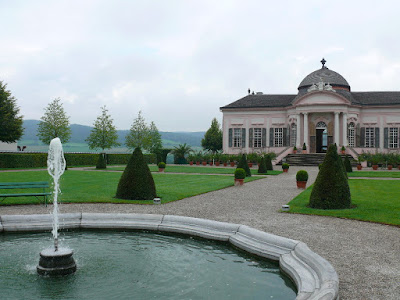 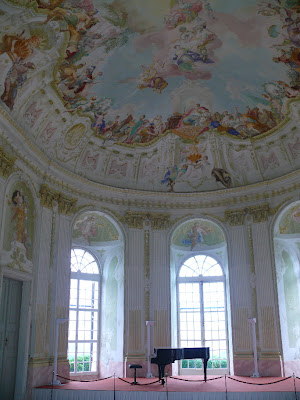 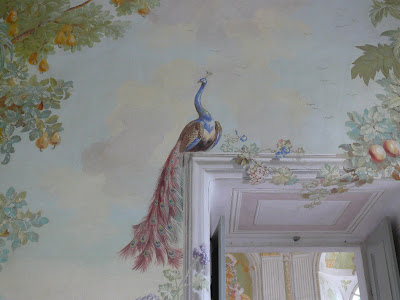 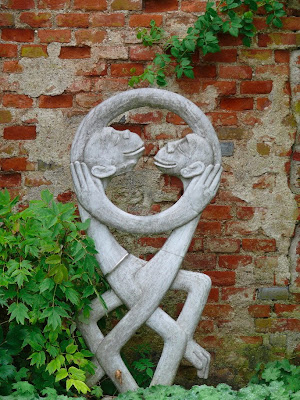 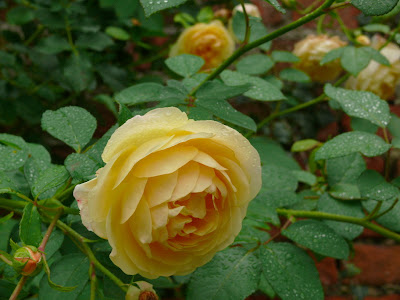 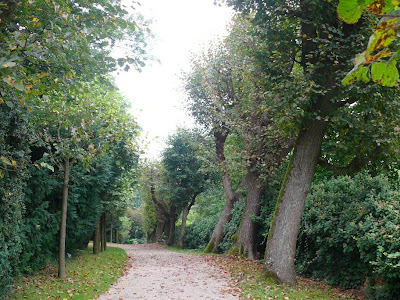 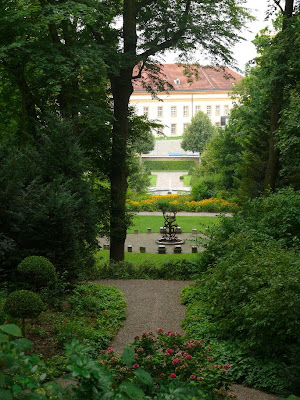 Note the modern art sprinkled around the garden; the pair of monkeys was startlingly risque, in particular.  These are some hip monks, if indeed there are monks left here.

OK, that's it for the monastery tour.  Tune in next time for the bike ride back to Krems!
Posted by Ben Haller at 12:54 PM