Biking the Danube, part I

Well, I've gotten a little behind on the blogging.  We'll see whether I can get caught up this evening.

I had been planning to go on a three or four day bike trip along the Danube starting August 31st, but work and weather interfered.  I finally made it out the door on Thursday, Sept. 2nd.  The plan was to bicycle from a town called Krems an der Donau, along the Danube to Melk.  This area of Austria is called the Wachau; it's a beautiful wine-growing region with lots of history and lots of tourists.  It's a UNESCO World Heritage site as well; it's a spot of which Austrians are justly proud.

I took the train from Vienna to Krems, and after a little muddling around at a local information stand I set off.  The signage for the bike route along the Danube is excellent here (contrast to my experience biking to Bratislava); here's the sign at the start of the route: 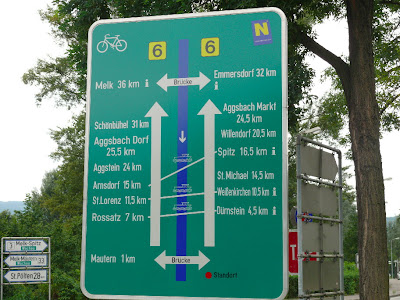 I rode on the north bank of the Danube, which is the right-hand side of the sign, to the bridge crossing to Melk, then crossed over, stayed the night in Melk, and rode back on the south side of the Danube.  There was lots of local charm along the way; here's a typical view which greeted me within the first few minutes of my ride: 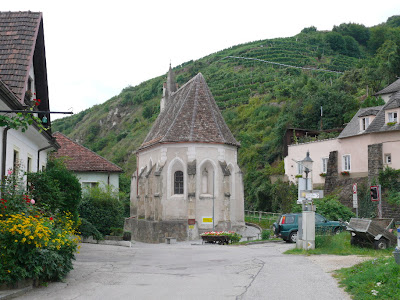 and here's just a little further down the road: 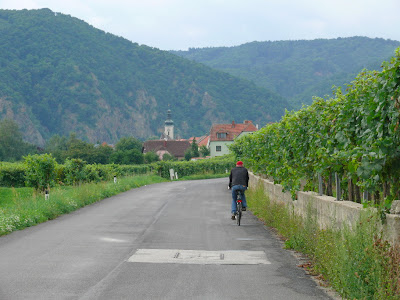 That's just some random guy, I was riding by myself.  :->  The first town of note that I reached is called Dürnstein.  Bit of a tourist trap, albeit a relatively nice one; here's the main street: 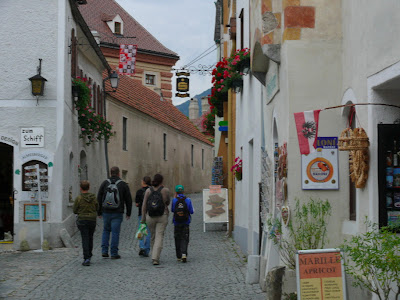 What Dürnstein is noted for, however, is the ruins above the town: 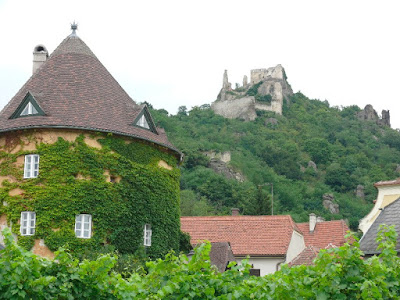 That's a castle where Richard the Lionheart was once held captive by Duke Leopold V, in 1192.  Remarkably, you can just hike up to it and wander around in the ruins; there are no guards, no admissions-takers, nothing.  The path up starts out winding by peoples' back yards, and then goes into the woods, finally emerging just below the castle: 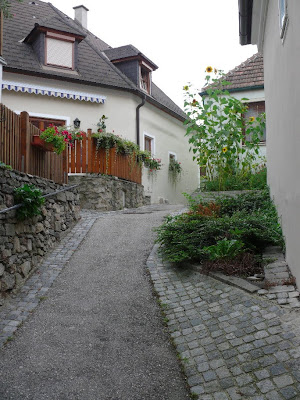 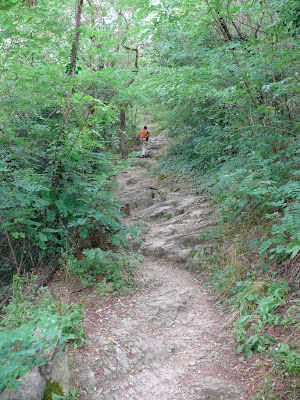 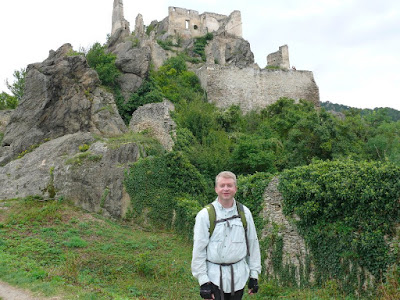 Not sure why I didn't take my biking gloves off.  I guess I was excited.  :->  I walked up into the ruins and ate my lunch standing on top of a rock that looks over the ruins and across the valley.  Here's the ruins up close: 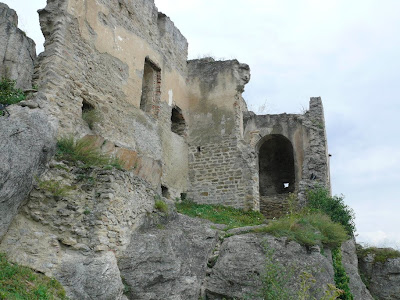 The view from the castle was wonderful; Dürnstein has a simply gorgeous church with a blue steeple that might be the most scenic building in the Wachau (sorry, Stift Melk): 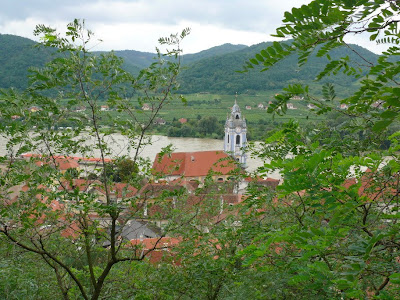 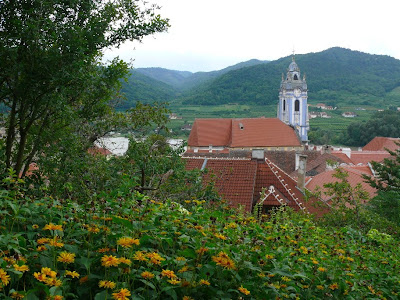 The second shot is on the way back down from the ruins.  Onward!  The next town of note that I passed through was Willendorf: 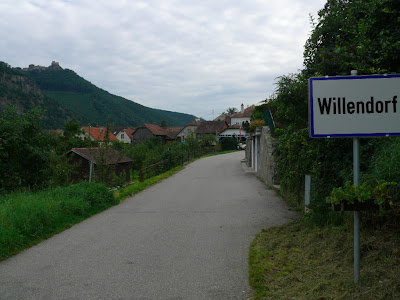 This is where the famous Venus of Willdendorf was discovered, a figurine of a woman made about 23,000 years ago.  It's one of the earliest examples of such art, and is presently displayed in the Natural History museum of Vienna, although I haven't gone to see it yet.

To make a long story short, I wended my way through both town and countryside: 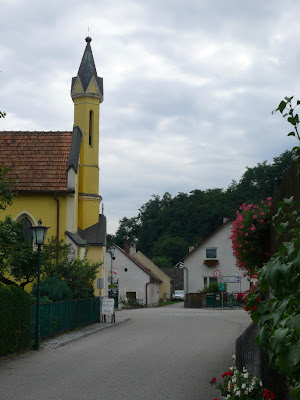 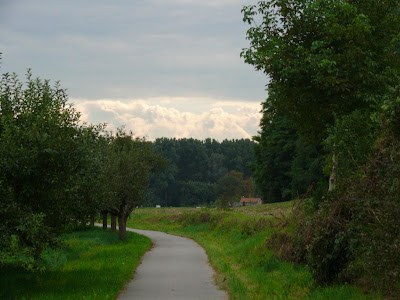 Until I saw the great monastery, Stift Melk, on the other side of the river: 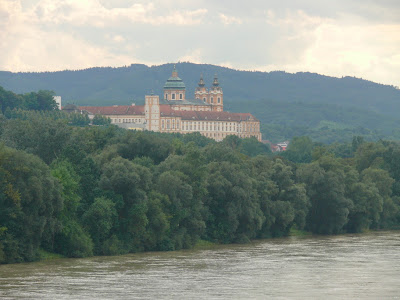 It was a beautiful ride, but not the easiest.  It's a bit uphill from Krems to Melk; the Danube is an old river, with a very gentle gradient, but that still makes a bit of a difference.  Perhaps more importantly, I was riding into a headwind pretty much the whole day.  I was fairly tired when I finally rolled into Melk with the monastery towering above me: 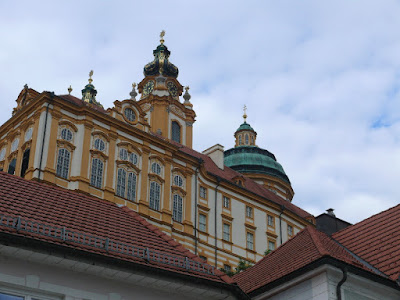 I checked into my hotel, the Hotel-Restaurant zur Post, got cleaned up a bit, and then went for a stroll.  The folks at the hotel desk had given me a map with a little walking tour on it.  You know how I am with walking tours by now, I suppose, so this was catnip.  In the next post, I'll give you the highlights of what turned out to really be quite an interesting tour.
Posted by Ben Haller at 10:57 AM