After lunch we went to the Neue Pinakothek, one of several art museums in Munich's museum district: 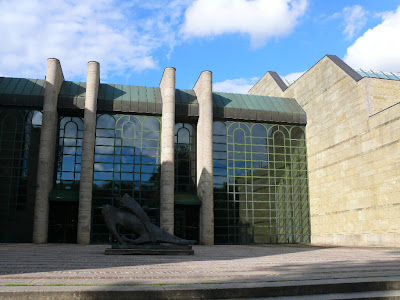 It was a really great museum.  We spent a couple of hours there, saw everything, and were satiated but not exhausted.  Photography was allowed (yay!) so here are a few of my favorites.  First of all, an Edvard Munch titled "Woman in Red Dress (Street in Åsgårdstrand)", from 1902/3: 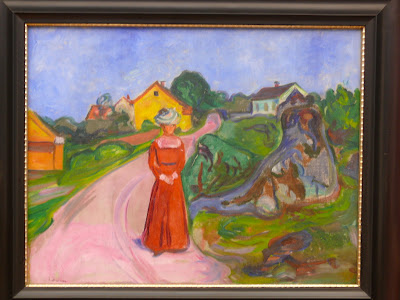 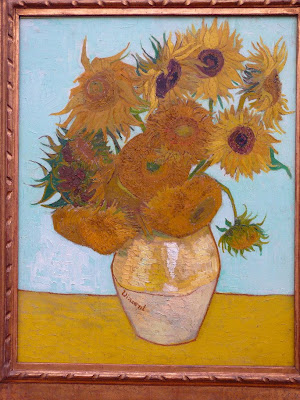 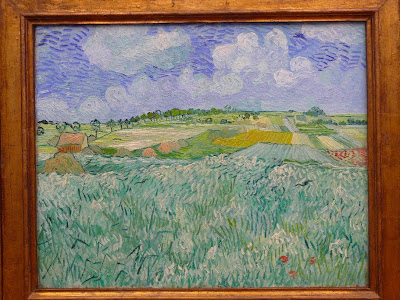 They had several more Van Goghs, and several Gauguins, which was all a nice flashback to my visit to the Van Gogh museum in Amsterdam at the beginning of my trip.  Next up is a portrait by Lovis Corinth from 1900/1, "Eduard, Count von Keyserling": 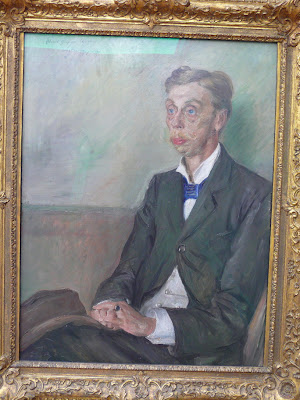 Markus and I liked that because it is possibly the most unflattering portrait either of us has ever seen.  Click on it to see it bigger, for the full effect.  We were very curious what the count thought of it! 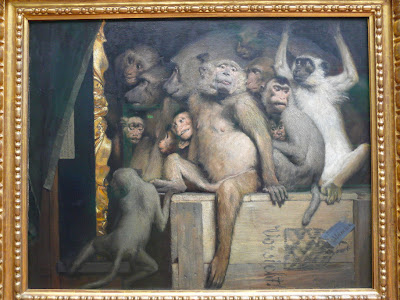 A little trouble with the critics of the time, perhaps.  My favorite painting of the museum: 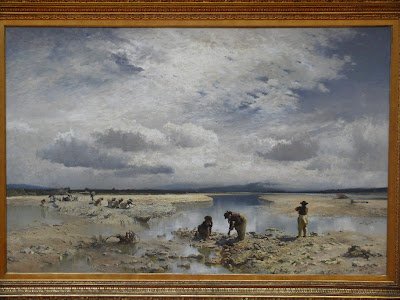 That's Joseph Wenglein, "Women Collecting Limestone from the Bed of the Isar near Tölz", 1883.  The photo doesn't even begin to do it justice.  The reflections in the water, of the clouds, the rocks, the people, are just stunning.  It reminded me quite strongly of this view at Mammoth Hot Springs, in Yellowstone, that I photographed last year on the way to Montreal.  But the painting wins.

OK, back to funny paintings, which this museum seemed to have a lot of.  This is Johann Peter Hasenclever's "Heironymus Jobs at his Examination" (1840): 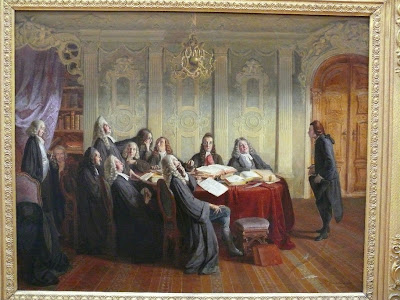 Clearly a student at his Ph.D. exam.  The expressions of the examiners span the gamut from astonishment through skepticism and puzzlement to amusement, sleepiness, and disappointment.  A foreshadowing of my Ph.D. examination yet to come! 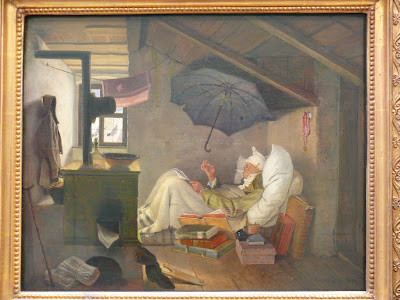 All the little eccentric details are very nice.  Spitzweg had several other paintings in their collection, some but not all of which were funny.  Finally, let's close with a portrait of the great Johann Wolfgang von Goethe by Joseph Stieler, 1828: 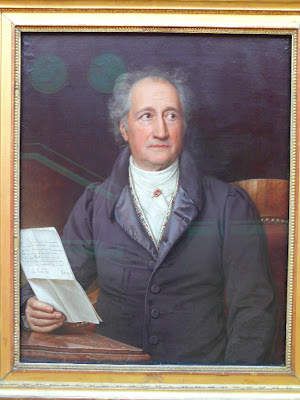 He looks like rather a nice man.
Posted by Ben Haller at 1:15 AM