After the museum we walked past some more buildings and monuments: 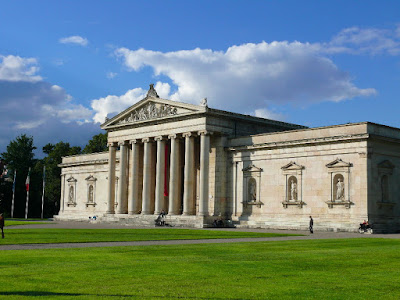 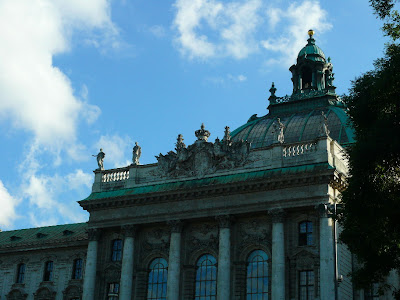 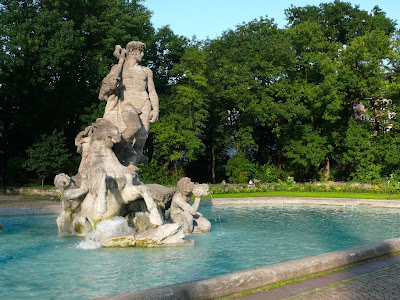 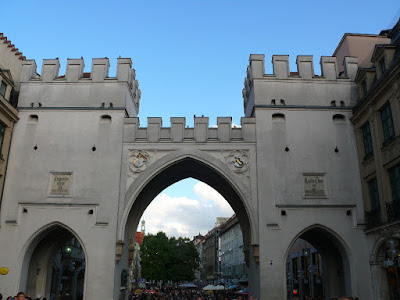 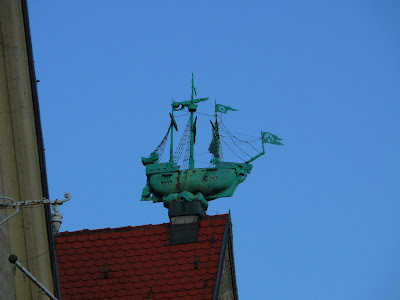 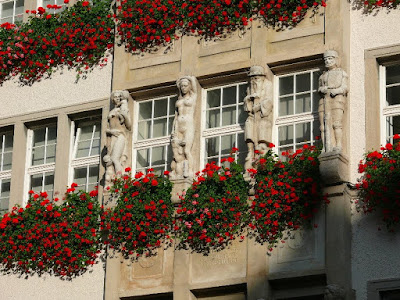 Partway along this walking route, we went through a very nice park.  In the park was a ping-pong table made of stone, which three men were playing ping-pong upon.  A bit further along was a giant chessboard with giant wooden pieces that two men were playing a game upon, with a small crowd of spectators.  I was so pleased and distracted by these sights that I forgot to take photos.  The chess game looked like it was heading for a draw.  :->  Eventually, with a little help from the U-Bahn, we reached our destination.  Can you guess?  A beer-garden!  This is the biggest beer-garden in Munich, in a park on the west of town.  It wasn't really possible to capture it in a photo, because the tables just stretched all the way to the horizon line.  Really. 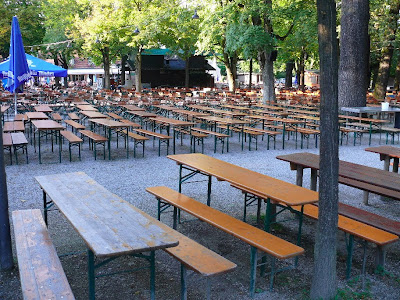 There are more tables behind me (we've walked partway through by this point), and the view looks the same to the left and the right.  Amazing.  Much of the beer-garden was closed, probably because the weather was poor, so we sat near a restaurant at the edge and got some food: 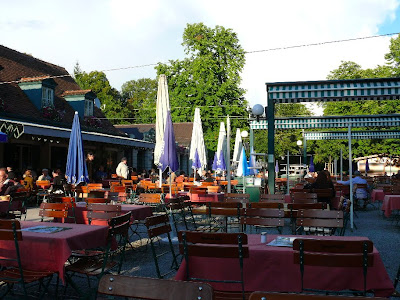 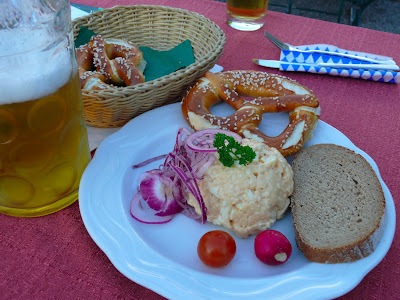 That, ladies and gentlemen, is a Bavarian specialty called "Obazda".  Approximate recipe: take a big piece of brie cheese, a bunch of cream cheese, and a stick of butter.  Place together in blender.  Press "start."  Press "stop."  Serve with onions and pretzels and bread.  And beer.  I didn't think we were going to make it through, but we did.  It went really well with the pretzels and beer.  :->

And that was my day in Munich, courtesy of Markus.  After this we went back to his flat, drank more beer, and watched "Futurama" for a couple of hours.  The next day I had Bender's rendition of "She'll Be Coming 'Round the Mountain When She Comes" stuck in my head all day.
Posted by Ben Haller at 1:30 AM