The Wienerwald is the Vienna Woods, a large protected area of forest near Vienna.  Last Sunday I went hiking in a bit of it northwest of Vienna with a couple of other YSSPers: 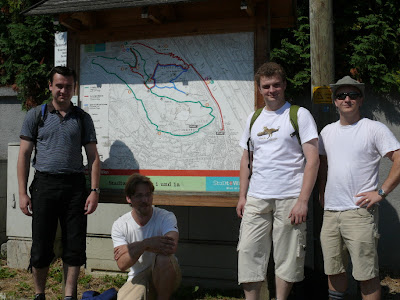 Quite a bit of our hiking, including the initial stretch, was by vineyards: 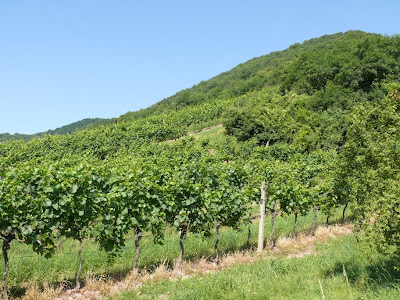 We didn't do any wine-tasting (I didn't notice anywhere where we could, actually), but I'm guessing there are places to do it, in you know your way around.  The first part of our hike was steeply uphill, rewarding us with ever-higher views of the Danube and Vienna: 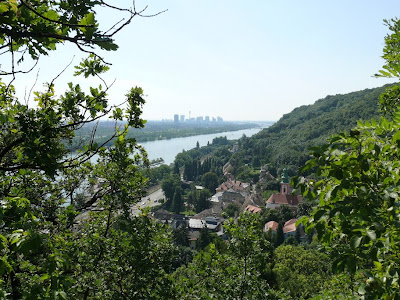 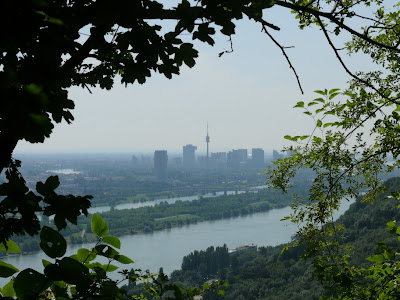 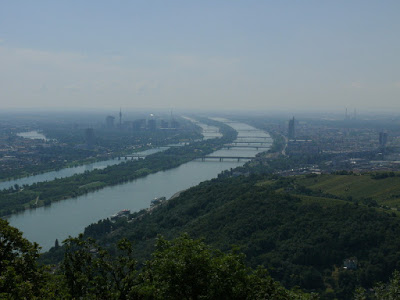 As you can see if you compare these photos, we gained a healthy amount of altitude, maybe 1000 meters.  Once at the top, the rest of the day was a leisurely stroll with only a little up and down: 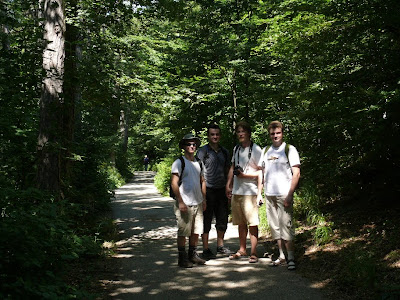 This part was coniferous, but later in the day we were hiking through European beech forest, which was very graceful and elegant: 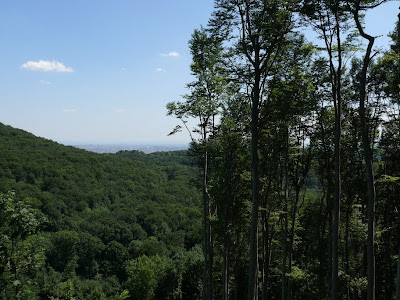 There are various heurigers and guesthouses and restaurants scattered through the woods; here's one we didn't stop at: 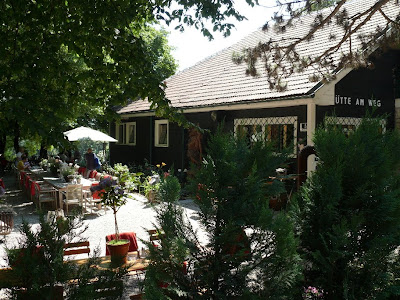 Come to think of it, this is perhaps the sort of place where we would have done a wine-tasting.  I wonder.  Austrian culture may be more for a winery to run a heuriger, rather than to have a tasting room the way they do in Napa.  I'm just speculating, though.

Anyhow, we had a mediocre lunch at a touristy spot a bit further on: 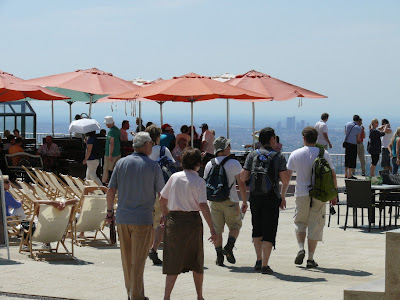 Not sure why we chose to eat there in particular, except that it was the right time of day, and we weren't sure where the next food might be.  They did have a patio with a nice view, though: 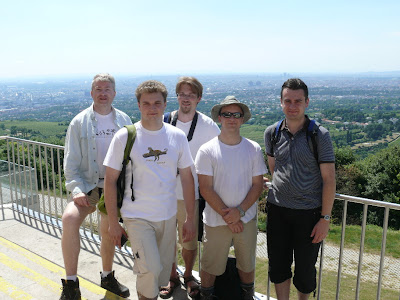 We got lost almost continuously during the hike.  Here is Markus consulting the map: 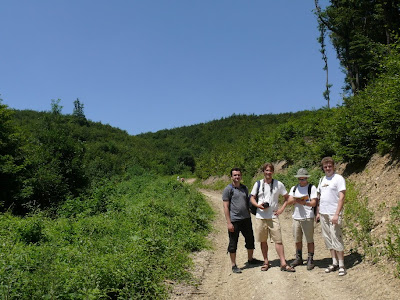 Eventually we reached the conclusion that the map did not correspond to reality in the slightest, and we stopped using it.  It was a bike map, and it actually seemed like they had just drawn some white lines randomly in the forest to indicate "there are trails in them thar woods," but had not bothered drawing the trails where the trails actually are.  Remarkable.

Here's a view of Vienna across another vineyard: 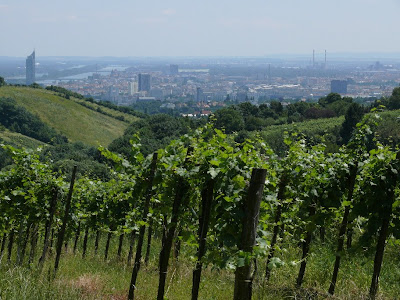 Consulting the map again; the woman more or less told us "I don't know where you are on that map, but you want to go that way because it's the prettiest trail." 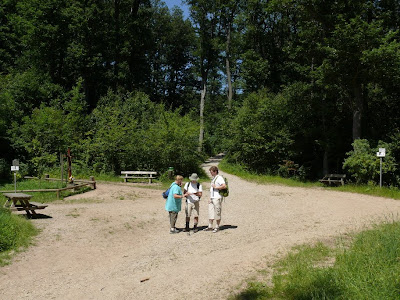 I don't mean to give the impression that any of this was difficult or troubling, however.  It's hard to feel lost when you can see Vienna in the distance, and the hiking was so easy it doesn't really deserve to be called hiking.  To illustrate that point, here's another stop we made: 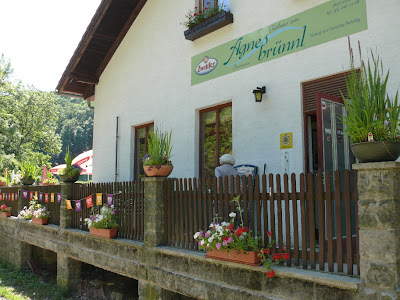 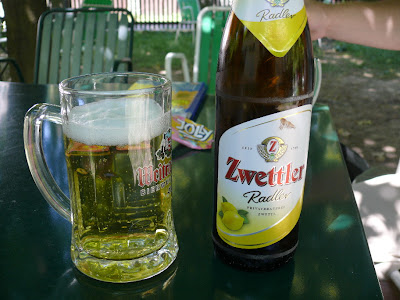 Here we had ice cream, and I was introduced to Radler, an Austrian (or German?) drink that is half beer, half lemonade.  Quite refreshing, not very sweet, not very alcoholic (2.5% I think).  Perfect for a hiking rest stop; probably also perfect after, say, moving the lawn.  I am told that simply mixing beer and Sprite gives a credible imitation of it.

On our way out: 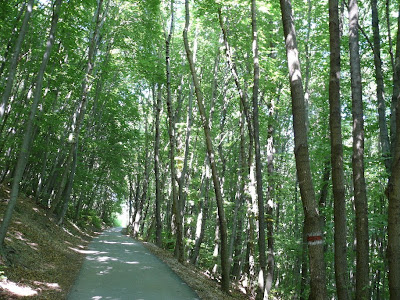 The bus back to the U-Bahn back to Simmering, and that was our day!
Posted by Ben Haller at 8:47 AM