Last night the EEP (Evolution and Ecology Program) went out to dinner at a nice heuriger, courtesy of IIASA.  Here's a photo of us: 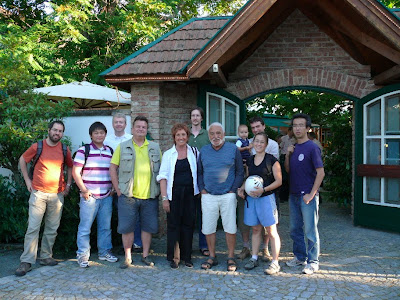 We're missing a few, including Maud, my office-mate, but it was a pretty good turnout considering that herding scientists is like herding cats.  Here's where we were: 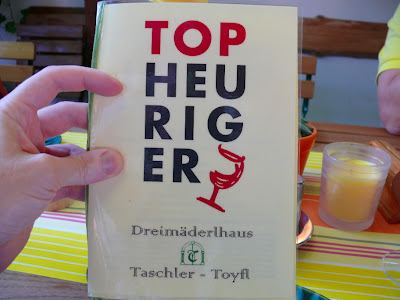 They have a high opinion of themselves, apparently.  It had a nice outdoor seating area: 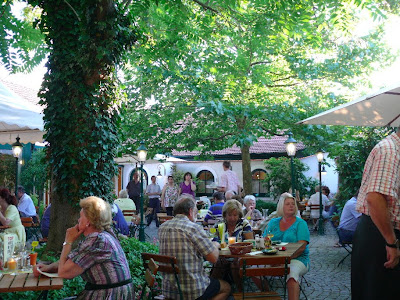 Here's our table; it may be difficult to see Ulf, since his shift perfectly camouflages him among the napkins, but Rupert, in the green, is easier to spot.  They are my two supervisors for the research I'm doing this summer: 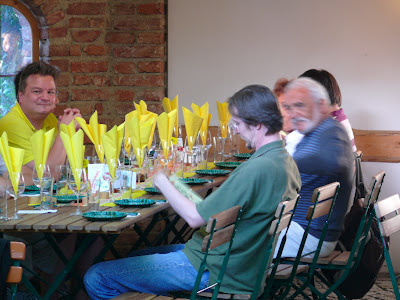 These heurigers generally have an indoor area a bit like a deli, with meats and breads and spreads and cheeses and so forth: 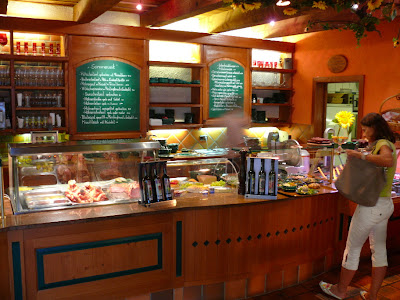 You order your food there, and then either take it back to your table, or wait and it is brought out to you.  The food here was quite good, and we got lots of Austrian wine to go with it: two different whites, two different reds, but I don't recall the details.  Here's a photo of an appetizer platter of sorts that we shared: 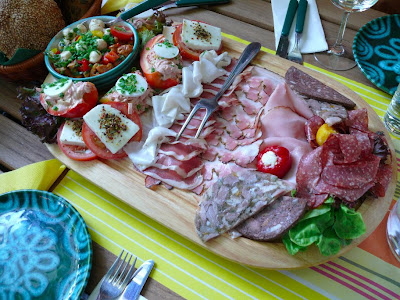 After eating my share of that, I had a plate of various kinds of cheese, some mayonnaisey salad-y stuff, some yummy pork with mustard and horseradish, some fried chicken fingers, and on and on.  And then there was dessert, which I forgot to photograph but which was ornate in the typical Austrian style; my favorite of the various desserts we shared was a simple concoction involving strawberries, whipped cream, and vanilla ice cream.  Hard to go wrong there.

We did not leave the heuriger hungry.
Posted by Ben Haller at 9:07 AM