The best thing about Budapest is the baths, in my not-very-informed opinion.  There are half a dozen or so scattered around the city; Szechenyi is perhaps the biggest.  It has a whole bunch (maybe a dozen?) of indoor pools of different temperatures, different mineral contents of the water, different atmospheres, different depths, whatever: 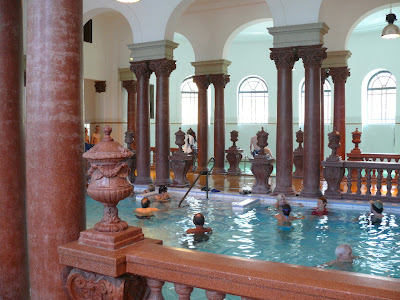 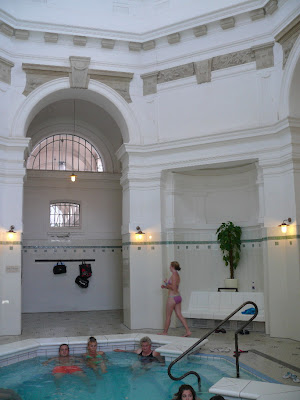 Some of the rooms are really quite beautiful, others are more utilitarian.  They have a sauna, and a cold plunge, and all of that sort of thing.  Where they really shine, however, is their outdoor pools: 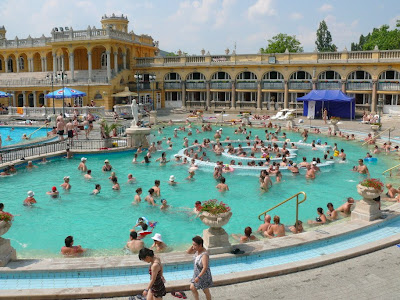 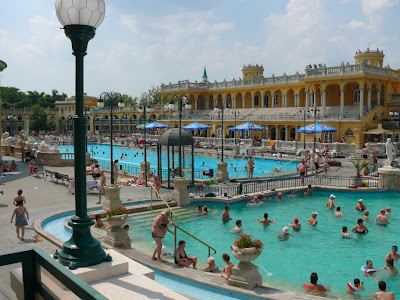 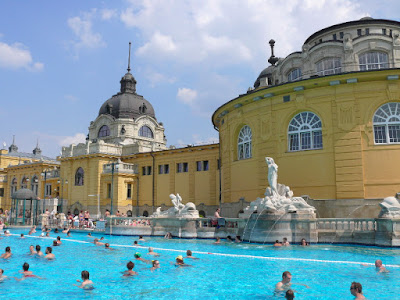 There are three pools side by side here, one quite hot, one medium, one fairly cool (but not nearly as cold as the cold plunge inside).  As you can see, the architecture around the pool is palatial, with statues and all manner of commotion.  They have food and beer shops around the perimeter, too, and areas where you can sunbathe, and spots where you can get a massage or a pedicure or that sort of thing.  Just amazing.  Despite being one of the hottest days of the summer (I think it was around 95 degrees F), it was really not that crowded; there are lots of people, as you can see, but it wasn't a mob scene, and the crowd never felt oppressive.

We met up with a bunch of other YSSPers there: 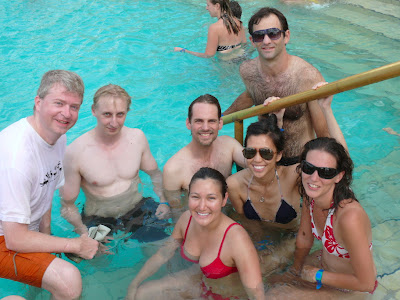 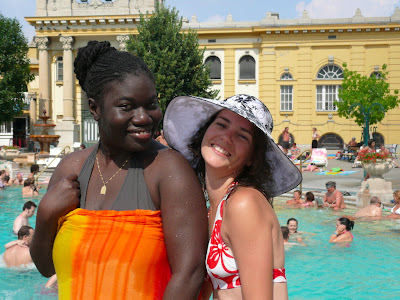 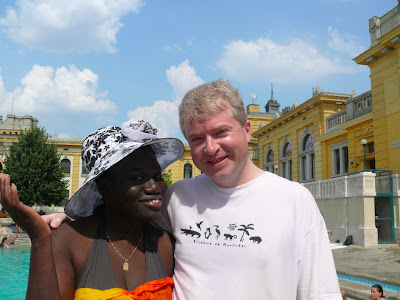 Hayley and I both wanted our photos with Arame because she looked so fabulous in her orange towel!

Well, and that is Szechenyi Baths.  We stayed there for several hours, until we were all complete prunes.  Very, very relaxed, happy prunes.
Posted by Ben Haller at 2:45 PM