This past week I attended a conference at IIASA, Speciation 2010: First European Conference on Speciation Research.  It started early in the morning, so each day I had to get up well before dawn in order to take the two U-Bahn trips and then the half hour bus ride to get to IIASA.  Here's a photo of a lovely dawn over Donaukanal, quite near where I am staying: 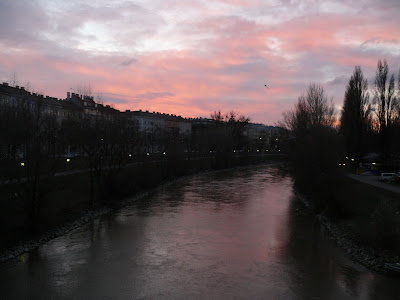 The conference was held in an old ballroom (or some such) in the Schloss in Laxenburg.  The acoustics weren't great, but you couldn't ask for a prettier room for a conference (especially compared to the drab boxy buildings conferences are usually in): The conference was organized by Ulf Dieckmann (who I am working with in Austria) and Åke Brännström: 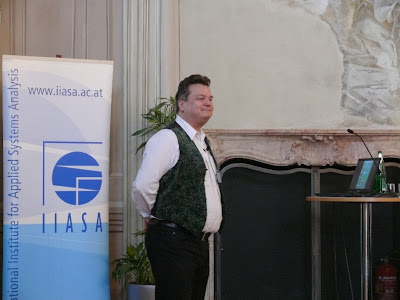 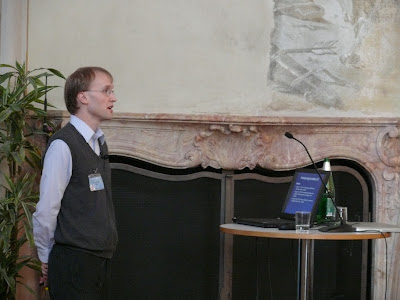 There was quite a good turnout for it, somewhere upwards of 130 people I think: 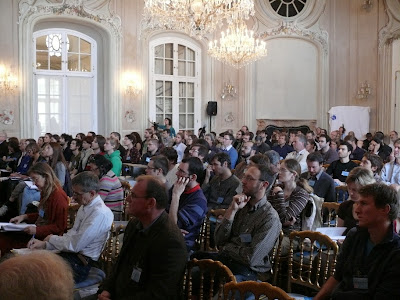 There were almost 80 poster presentations, and three days full of talks by all sorts of luminaries.  I was the photographer for the conference, so I've got photos of all of this, but I'm not going to post them all here.  (I think Ulf plans to post photos of all the posters and speakers on the IIASA or FroSpects website eventually.)  Instead, I'll just give you a photo of Andrew Hendry, my advisor, doing his talk and sporting his new beard which is the envy of all at McGill (well, OK, mostly of Fred Guichard ;->): 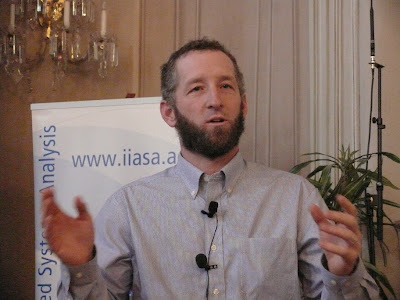 I went for a walk in the park one afternoon, between talks, with Andrew and Dan Bolnick.  We walked to the castle on the lake at the far end of the park: 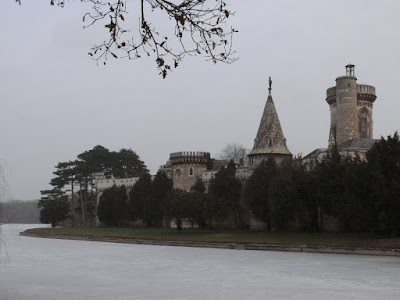 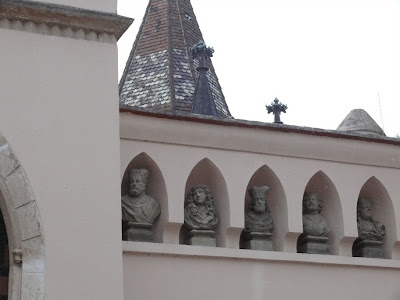 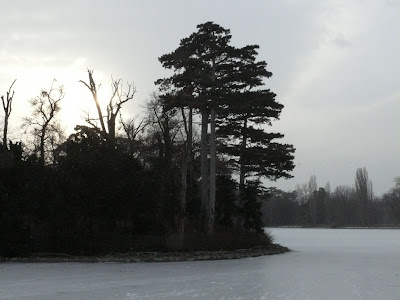 The evenings were mostly occupied with food and wine and good conversation.  One evening we went to a heuriger, another evening, to dinner at the fancy restaurant in Laxenburg, Gallo Rosso.  (We also had lunch at Gallo Rosso every day during the conference; it's really the only decent restaurant in town.) No photos of those events, except for a bottle of very yummy digestif that I was introduced to at the last night's dinner: 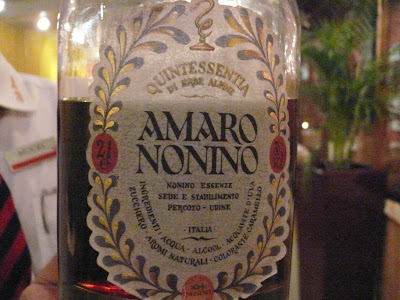 Semi-sweet, semi-bitter, very yummy.  I shall be hunting it down for further investigations.

I gave a talk on Speciation in Complex Habitats, based on the research I'm doing here in Austria.  Those of you who attended my QCBS talk saw this talk already.  I'll probably do it again, with more results, when I get back to Montreal, as an EEL seminar, I imagine.  It was well-received; I got some nice compliments on it afterwards.  I believe Ulf plans to post videos of all the conference talks, so you might be able to watch it online eventually.

All in all, a very fun and educational time.  And now, back to work!
Posted by Ben Haller at 2:28 AM